A MESSAGE TO GEORGE GARRETT 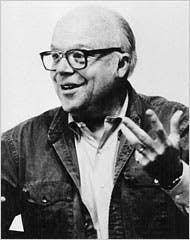 George Garrett 1929-2008
I'm getting myself ready to beat the drums for a new book that comes out in June:  BATTLE FOR THE BIG TOP:  P.T. BARNUM, JAMES BAILEY, JOHN RINGLING & THE DEATH-DEFYING SAGA OF THE AMERICAN CIRCUS.  I would sum it up in a phrase:  the circus is the distilled essence of the American Experience and add that I had a ball writing it.  Who else gets to spend a paying day writing about the snake lady and the ballet-dancing elephants?  So far as I am concerned it fits perfectly into my historical oeuvre that--so far as I am concerned--has been one long look at what makes us tick, and may even be the fitting summary to the endeavor.  But as James Lee Burke cautions, it is not such a good idea to get caught up in taking your own measure.  I'll just be content to roll it out there on stage and let folks make of it what they will.

Still, as I contemplate trying to help the publisher (Public Affairs/Hachette) move a few units, I find myself thinking of my dear departed friend and mentor George Garrett, consummate writer, scholar, and gentleman.  In that paper's 2008 obit, the New York Times described George as, "a highly regarded Southern novelist who never received the wide literary renown that his decades of glowing reviews would suggest."  Later in the piece, the writer suggests a reason for that oversight:   "One reason for this was that Mr. Garrett was a literary shape-shifter. The publishing business prizes easy classification, and his work, as a glance at his bibliography makes plain, was beyond category. Besides fiction, he wrote poetry, essays, memoirs, biography, criticism and screenplays. He also edited many anthologies of fiction and poetry."

George's books number in the dozens, marking him as surely a Renaissance man of letters, and I thought about him and the Times obit as I was searching for a title for the new book at the suggestion of the publisher, who were not wild about my working designation:  THE RAPTURE OF ELEPHANTS.  I get it--my title is more suggestive of an LSD trip than the struggle of business titans to create and control a storied form of popular entertainment.  It simply does not lend itself to efficient Google searching and I didn't think it would do a whole lot of good to point out that my book on Golden Age railroading in Florida has sold 200,000 or so copies with its highly inefficient title of LAST TRAIN TO PARADISE.  I am trying to get with the program, folks.

But back to George, who, as  it turns out, is really responsible for my taking up space on these pixelated pages.   Way back when, I stumbled a minute or two late into a session he was teaching at the University of Utah Summer Writers Conference, to which I had been awarded a fellowship whilst laboring through graduate studies in a high-powered Ph.D. program in Social Psychology at Ohio State University, a stop-gap following my decampment from the Columbia School of Law, and not much of one at that, since there was nearly nothing "social" about the maze of rats and stats I found myself immersed in.  What I had been most assiduously studying in those days was an exhaustive Dun & Bradstreet rundown on the likelihood of making a living running an independent bookstore, thinking that I might be able to stave off a complete mental breakdown by that manner of sidling up to literature.  Certainly, I didn't think I was capable of actually creating any.

I sent off a kind of note in a bottle to that Summer Writers Conference (I didn't really understand what such a thing was) at the suggestion of an OSU instructor of Creative Writing into whose class I had inveigled myself after the second quarter of the opposite-of-social psychology.  This instructor (Robert Canzoneri, and not such a bad writer himself) was mightily suspicious that a grad student from the sciences should want to take up a seat in his senior writing workshop, but he took a look at something I had written and agreed to let desperate me in.  (I suspect he saw the glint of mad despair in my eyes.)  At the end of the class, he allowed, in Robert Fitzgerald manner, that what I had offered up was a mixture of NTB (not too bad), with the occasional bit of NAAB (not at all bad), and that maybe I should keep at it.  Alas, however there were no classes that would be offered there on the banks of the Olentangy during the looming summer.  He took me up to the department offices and showed me a bulletin board stapled full of brochures for summer writers' conferences, explained briefly what they were, and said, "Pick an interesting place to go."

That is to explain how I arrived in Utah, whose brochure featured a dramatic sweep of the Rocky Mountains as backdrop, awakening every romantic nudge from a childhood spent watching Randolph Scott and Alan Ladd gallop across the high, wide, and lonesome.  I arrived on campus, breathless after an overnight drive out of the Kansas plains and through Colorado and was directed to a room where, as a stern department secretary informed me, the conference had already begun.  I did my best to sneak in, was of course unsuccessful, but dismissed the annoyed glances and found a seat.  I listened in astonishment for the next hour or so as Garrett spoke about the writing life, suggesting to impressionable me that one might make a career out of dropping by a classroom a few times a week for a chat about life and art and spend the rest of the time reading and writing.  By the time he was wrapping up, I had nailed down my direction in life.  It was not that I wanted to be like George Garrett.  Absolutely not.  I wanted to be George Garrett.  And truly, just about everything I have done since that day has been dedicated to the theme.  Furthermore, as you might imagine, the fact that Garrett more or less took me under his wing in the years that followed, seemed about the most merciful and bounteous gesture I could have possibly received.  Dear, dear shapeshifting George Garrett, who to be honest about it, gave me my most fortunate life.
Posted by Les Standiford at 11:25 AM