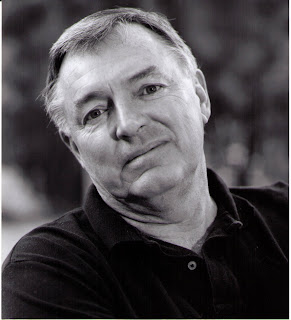 --Miami, Florida--
Greetings from about as web-challenged a writer as you are likely to come across these days. While my website is undergoing a do-over, I thought I had better get a little information out there in the meantime, especially given the fact that I have two (2) books coming out in 2008. I'll fill you in on those elsewhere on this site, and I'll also do my best to let you know what has been happening since the publication of Miami Noir, news of which constituted the last breaking information posted on the old site, back in late 2006. For those of you who have checked in on Les previously, welcome back. And for those of you newbies who have ducked in here for whatever reason, thanks for taking the trouble. I'll do my best to make the trip worthwhile. By the way, this photgraph is the work of a very alented photographer by the name of Marla Cohen .
Posted by Les Standiford at 8:45 AM 3 comments: 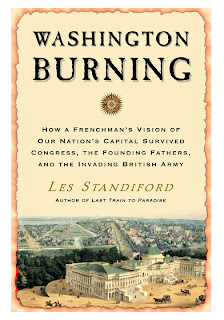 Here is what the folks at Kirkus Reviews had to say about Washington Burning. Whew! That first one is always worrisome...

Standiford, Les
WASHINGTON BURNING: How a Frenchman’s Vision of Our Nation’s Capital Survived Congress, the Founding Fathers, and the Invading British Army

Novelist and accomplished armchair historian Standiford (Writing/Florida International Univ.; Meet You in Hell: Andrew Carnegie, Henry Clay Frick, and the Bitter Partnership That Transformed America, 2005, etc.) gives a sprightly account of Washington, D.C.’s improbable genesis and survival.
The author frames his account with the sack of the brand-new Federal City on August 24, 1814. The British army was prompted by “the intent of teaching the upstart Americans a lesson in ‘hard war’ and reducing their capital to ashes,” he writes. President James Madison would never again inhabit the White House, and a divided Congress voted against the government’s relocation to Philadelphia; rebuilding the devastated capital became a priority. After sketching these events, Standiford returns to the beginning, dwelling at length on the states’ squabbles over where the nation’s capital should be situated. French architect and Revolutionary War veteran Peter Charles L’Enfant, fresh from his success remodeling New York’s City Hall into a Federal Hall, was enthusiastically endorsed by President Washington and others for the planning of a magnificent Federal City to rise out of the swampy wilderness along the Potomac River. L’Enfant envisioned a design that would “give an idea of the greatness of the empire,” allowing dramatic vistas for the appreciation of majestic public buildings and emphasizing the natural beauty of the land as well. However, after his power struggles with the district commissioners came to a head in 1792, he was replaced by successors who came and went through a revolving door, and Washington’s retirement and subsequent death deflated the enthusiasm for the capital’s construction. (L’Enfant spent the rest of his days in hopeless litigation to get remuneration for his work.) The British attack of 1814 was a wake-up call for the fledging nation, which had grown complacent, and Standiford does a fine job bringing to life the urgency of events.
A nice complement to Fergus M. Bordewich’s broader survey, Washington: The Making of the American Capital (2008), offering a more intimate look at L’Enfant and the crisis provoked by the British. (Agent: Kim Witherspoon/InkWell Management)
Posted by Les Standiford at 2:08 PM No comments:

Eight Things You May Not Know About the Real D.C.

1-- true or false? the first major international terrorist attack on U.S. soil took place on february 26, 1993, when a truck bomb exploded in the underground garage of the World Trade Center in New York, killing six people and injuring more than a thousand. (False: The first terrorist attack on the country took place nearly 180 years previously, on august 24, 1814, when a commando force under british general robert ross and admiral george Cockburn invaded washington, D.C. and burned every public building to the ground. the operation had no tactical significance, and was undertaken, in the words of the commanders, “to teach americans a lesson in hard war.” There were about 600 casualties on both sides.)

2-- true or false? washington d.c. was defended valiantly in 1814 by u.s. armed forces, many of whom had served with distinction during the revolutionary war. (False—there was in fact no u.s. army to speak of at the time. while authorized by congress, no money had been found to fund it. the poorly trained and equipped state militia men who were thrown into action against the british were outnumbered more than two to one and quickly fled when confronted by the advancing british. the white house was abandoned so hastily that a dinner prepared for president madison was still on the table when british troops burst in. the invaders ate the president’s dinner, plundered his closets for fresh shirts, and drank up his wine cellar…then burned his house down for good measure.)

3-- Who was the first american president to cut a backroom deal in support of a pet political project of his own? a) Ronald “arms for contras” reagan. b) bill “Whitewater” clinton. c) warren “teapot dome” harding. d) George “I cannot tell a lie” washington. (Answer: D). In order to secure support of northern congressmen for his proposed capital site on the potomac, washington agreed to support legislation calling for the federal government’s assumption of debts accrued by states in the fighting of the revolutionary war. washington’s deft horse-trading became known as “the great compromise of 1790.”

4-- true or false? the first secessionist movement in the u.s. had nothing to do with slavery. (True--As early as 1790 southern states threatened to leave the union if the capital of the new government was placed in new york or philadelphia).

5-- true or false? the first u.s. capitol was located on wall street. (true—Federal hall at 26 wall street, the refurbished city office building, housed the first congress assembled under the constitution in 1789. the government moved to philidelphia in 1790, and remained there while Washington D.C. was under construction. of course, some say that the capitol still resides on wall street.)

6-- true or false? pierre l’enfant was offered several manhattan city blocks as payment for his work on the nation’s first capitol. (true—but he declined the offer. in the late 1700’s only the lower tip of manhattan was settled. l’enfant considered the offer of 10 acres of distant pastureland in the middle of what is now the upper east side—E. of 3rd Ave bet. 66th and 70th sts--to be an insult unworthy of consideration.)

7-- what do peach bottom, pa., richmond, va., newark, n.j., newburgh, n.y., Wilmington, De., & georgetown, md. have in common? (answer—they were among the 50 or so towns proposed as alternatives to locating the u.s. capitol in washington on the potomac.)

8-- true or false? l’enfant, who laid out the plan for the city of washington, was well rewarded in cash and property for his work there. (False—l’enfant was fired in the midst of his work on the project, less than 2 years after he began. he had no contract and had been paid no salary. after he was fired, president washington offered him $2500 for his efforts, but l’enfant refused the offer as beneath him. the planner purchased his own city lot, not far from the site proposed at public auction, but later lost it in bankruptcy.)
Posted by Les Standiford at 12:37 PM No comments: