If you have a minute (and 56 seconds), please take a look at this great YouTube video that the good folks at Ecco have put together on behalf of BRINGING ADAM HOME.

http://www.youtube.cf/watch?v=nfjRi_iLlGk
Posted by Les Standiford at 3:03 PM No comments:

BIG THUMBS UP FROM PW

On July 27, 1981, six-year-old Adam Walsh disappeared from a Sears store in Hollywood, Fla., and his partial remains were found in a canal two weeks later. Novelist and nonfiction author Standiford (Last Train to Paradise) charts with devastating precision the decades-long search for the killer and the evolution of Revé and John Walsh (John is executive producer and host of America's Most Wanted) from grieving parents into powerful advocates for missing children. In 1983, Jacksonville police arrested drifter Otis Toole for arson and murder, and he began talking about a little boy he'd killed in south Florida. Myriad confessions (and retractions) followed, containing details only the killer would know, but evidence disappeared, potential witnesses were never interviewed, and Toole was never charged. Convicted on other charges, he died in prison in 1996. Twenty-five years after Adam's abduction, the Walshes asked Matthews, a renowned polygraph investigator and retired detective, to conduct an independent investigation; Matthews concluded that Toole was the killer. Standiford's account is riveting, heartbreaking, and supports John Walsh's statement: "it's not about closure; it's about justice." 8 pages of color photos. (Mar.) 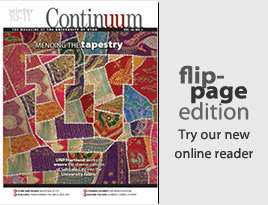 The current issue of Continuum, the magazine of the University of Utah, contains a nicely written piece by Chicago journalist Dave Wieczorek about yours truly and the writing of Bringing Adam Home. In the piece, I talk about the awful irony: just as I was finishing a book about a family who had lost a son, my wife Kimberly and I suffered our own tragedy. This is a club no one wants to join, my friends. But it also explains why I feel Bringing Adam Home is the most worthwhile book I have written. Kudos to Dave for his fine work. Here is the link to the piece, "Lost Innocence."

Here is the lead from a WSVN-TV news story that ran in South Florida on January 6:

FORT LAUDERDALE, Fla. (WSVN) -- A new chapter has been written in the murder case of Adam Walsh, as an author has published never-before-seen evidence.

The victim's father, John Walsh, host of "America's Most Wanted," said this should prove, once and for all, who killed his son. "For 27 years we've been asking who could take a 6-year-old boy and murder him and decapitate him," Walsh said. "The not-knowing has been a torture. That journey's over."

The link to the entire video clip of the piece by Senior Investigative Reporter Derek Heywood follows: http://www.wsvn.com/news/articles/local/21003205480535/

The WSVN story was prompted by articles that ran earlier in the week in the South Florida Sun Sentinel and the Miami Herald, focussing on the luminol photographs developed by Det. Joe Matthews that support the case against Ottis (Ought-iss) Toole, identified as the killer by Hollywood (FL) Police in 2008, after they viewed the results of Matthew's independent investigation which he carried out pro bono on behalf of the Walsh family.

When print reporters contacted me for comment, I told them that while the blood-evidence photographs are indeed dramatic, they are really just one part of an irrefutable tapestry of evidence set forth by Detective Matthews. I added that Matthews' work is nothing short of amazing--and inspiring--in a weary time such as ours, but that part didn't make the papers. The WSVN piece captures the story and its significance in a nutshell, however, and I urge you to have a look.

What is most remarkable about the photos is that they sat as in a moldering file in Tallahassee, undeveloped and neglected for more than 25 years. Though their existence was noted and catalogued in the evidence records, none of the hundreds of law enforcement officials involved in investigating the crime over the years had ever bothered to examine these photographs--incredible but true. Of course it is maddening that such lapses occurred; and it is sad indeed that the Walshes had to wait so long for the degree of closure they finally received; but in the end, we can be heartened that such selfless and dedicated individuals as Joe Matthews are still with us.
Posted by Les Standiford at 6:47 PM No comments: 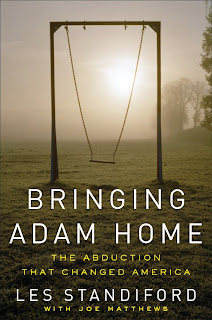 It has taken a while, dear readers, but I am happy to say that a new book from yours truly is on the horizon. On March 1, 2011, Ecco, the distinguished imprint at HarperCollins headed by Dan Halpern, will publish Bringing Adam Home: The Abduction that Changed America. It is the story of the 27 year quest of Det. Sgt. Joe Matthews to overcome an incredible series of obstacles and finally bring the killer of Adam Walsh to justice. I have written 20 books now, but I am sincere when I say that of them all, this is the story that had to be told. In the days between now and the book's publication, I will be sharing news and information here at GrandStandifordStation. I hope you'll find it interesting and I hope you will help spread the word about what I believe is an amazing and important story. Thanks in advance for your support.
Posted by Les Standiford at 1:38 PM No comments:

Here is our first review. Writers often worry about what Kirkus might say, for they are thought to have high standards and are often first out of the box, leaving their word to linger for months before publication. Their reviews are widely read by librarians and bookstore owners thinking about what to order. With that in mind, read on:

A bestselling author and a veteran Miami police sergeant tell the whole story behind the 1981 kidnapping and murder of Adam Walsh.

After playing video games inside a department store in Florida, Revé Walsh’s six-year-old son Adam vanished. Before the grisly details emerged of his kidnapping and dismemberment, the boy’s disappearance garnered national media attention, thrusting the Florida police department—namely top-notch homicide detective Joe Matthews, a father of four—headfirst into the desperate search. Early on, Matthews notes that he became troubled by the disorganized, “chaotic” quality of the station handling the investigation, but his concerns went ignored. After suffering a nasty car accident, he was excused from the case altogether. When the boy’s remains were discovered in a drainage ditch, the case was further fumbled by shotgun accusations and an absence of any tangible leads, until convicted serial killer Ottis Toole admitted to the murder during an arson indictment. Standiford (Washington Burning: How a Frenchman’s Vision for Our Nation’s Capital Survived Congress, the Founding Fathers, and the Invading British Army, 2008, etc.) documents the numerous instances of investigatory malfeasance routinely plaguing the case, as accusations flew over botched testimonies, circumstantial evidence and Toole’s numerous recanted confessions. Further, during this time period, DNA forensic technology was rudimentary at best. As years passed, Adam’s father John became a staunch advocate for missing and exploited children. As the host of America’s Most Wanted, Walsh reunited with Matthews, who, with a renewed, heartfelt intent and an arsenal of forensic tools, reopened the Walsh case, formally indicted Toole with sufficient evidence and closed the case in 2008. Standiford’s by-the-numbers reporting is consistently engrossing and fortified with statistics, police transcripts and chillingly reenacted kidnapping attempts by Toole, whose dark-hearted verbatim dialogue, even after nearly 30 years, still has the gruesome power to keep readers on edge.

A riveting, sad coda to an American tragedy.