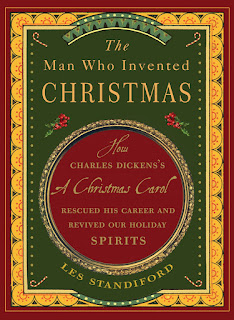 Time to say a few words about my new book, The Man Who Invented Christmas: How Charles Dickens's A Christmas Carol Rescued His Career and Revived Our Holiday Spirits. The publication date is November 4, which hopefully gives everyone plenty of time to pick up copies for every reader on your holiday list. The title pretty much says it all, but I should add that much of what is in this book came as a real surprise to me--yet one more instance of how all this recent work in history has been making up for those days I dozed through class in high school and college. I had always assumed that Charles Dickens had it pretty easy once he became established as the best-selling author of his time, but that is not the case. By 1843, he was broke, his critical reputation was shot, and his once-fabled popularity was at an all time low. By chance, he came up with a story that he believed would turn his fortunes around. But the fact is that A Christmas Carol, the most popular Christmas story of all time, very nearly did not happen. When he went excitedly to his publishers to pitch his story, Messrs Chapman and Hall listened patiently, then suggested he lie down until the urge to tell "a ghost story of Christmas" had passed. Angry but undeterred, Dickens resolved to publish the tale himself, even though he had only six weeks to finish writing it, have it designed, illustrated and printed, and copies delivered to the shelves. But he managed, and the story of how this self-published book became at one time second only to the Bible in readership gripped me like Jacob Marley fastening on Scrooge. There is much in here about how this book came to shape Christmas as we know it today; but it is also very much about writing, and the publishing industry, and personal courange and conviction...I hope you will enjoy reading the book as much as I enjoyed writing it. Do let me know.
I will close with a final word on the fabulous job that the good folks at Crown have done with the design of my own "little book." The cover is obviously pretty cool, but wait until you have a look at the book itself: the layout, the colored ink, the uncut pages...forget the words inside, this would make a great gift as a holiday decoration! Kudos to my editors Rachel Klayman and Lucinda Bartley and everyone else inside Crown Publishers for all the hard work and care.
Posted by Les Standiford at 10:14 AM 48 comments:

"MAN" AN INDIE NEXT PICK

Great news: the 900-plus members of the American Booksellers Association have selected THE MAN WHO INVENTED CHRISTMAS as an "Indie Next" pick for November, one of only twenty titles that will be featured in every quality independent bookstore across the country. Here is an advance peek at that list:

Here's a preview of the November Indie Next List now on its way to ABA member stores in the IndieBound movement.

"Les Standiford gives us the chance to understand Dickens not only as an author, but as a person struggling to save his career, who, in the process, reinvigorates the Christmas spirit. Standiford excels at telling the story of historical figures in a way that reads like a novel, so we learn almost in spite of ourselves. This is an irresistible read for the holiday season!" --Rona Brinlee, The Book Mark, Atlantic Beach, FL

(C) Copyright 2008 American Booksellers Association. All Rights Reserved
Posted by Les Standiford at 11:05 AM No comments:

TOUR SCHEDULE FOR THE MAN WHO INVENTED CHRISTMAS

From Miami to Mobile to New York to Amherst to London, and points in between:

(keep checking back, as details will be added--that is an 1839 portrait of Dickens on the left, by the way--my author photo is in much sharper focus)

Tour Schedule for Les Standiford
The Man Who Invented Christmas 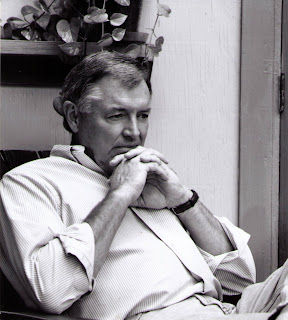 What would Christmas be without the yearly viewing or reading of A Christmas Carol? It is a classic of the season-perhaps the most memorable Christmas tale of all time-that captures the spirit of the holiday. Thriller and nonfiction writer Standiford (Bone Key: A John Deal Novel; Meet You in Hell: Andrew Carnegie, Henry Clay Frick, and the Bitter Partnership That Changed America) attempts to address what prompted Dickens to write this much-loved tale in this affectionate portrait of a once-successful writer trying desperately to revive his career. After a triumphant beginning, Dickens struggled as his later works failed to gain any critical or monetary success. Verging on bankruptcy and looking for inspiration, Dickens agreed to speak at a fund-raiser for the Manchester Athenaeum. Dickens left the event inspired and walked around Manchester until he had the fully formed Carol in his head. Standiford deftly traces the many influences in Dickens's life that led to and followed that momentous event, weaving an entertaining tale that will delight Dickens and Christmas lovers alike. Recommended for public libraries.-Deborah Hicks, Univ. of Alberta Lib., Edmonton
Posted by Les Standiford at 11:55 AM No comments: 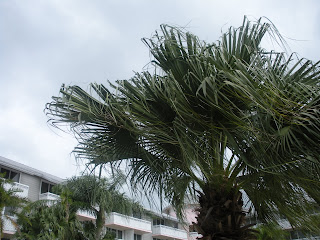 Here is a link to a great slide show presentation of the recent FIU writers conference at Hutchinson Island, Florida. People, parties, and places...enjoy!

http://www.youtube.com/watch?v=Jx3Sqx3KPqA
Posted by Les Standiford at 7:04 AM No comments: 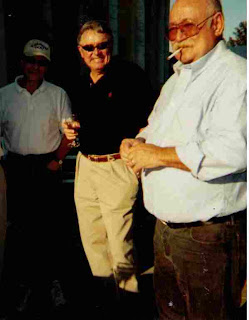 I remember one cool fall evening we were sitting in--where else--a bar, on Montana Street--when he remembered it was the night of a notable metor shower. We HAD to go out into the desert so we could watch, he told me. I told him that I was already seeing plenty of stars, but he was having none of it. Off we went, down Montana, into the Upper Valley and across the Rio Grande. A half hour later we were bumping along a sandy ranch road up the steep escarpment to a proper vantage place. "This is good," Crumley announced after a bit, and I pulled the Beemer over. Behind us, twenty miles or so to the east were the lights of El Paso, but to the West, there was nothing but blackness. Did I mention that we'd stopped for a couple of six-packs on the way? Well, we hauled them out, climbed up on the warm hood of the Beemer, and leaned back against the windshield to watch. I am sure there were plenty of meteors.
After a bit, Crumley climbed down and ambled off into the brush to meet a call of nature. I heard some unzipping, and rustling, and muttering...and then I heard a cry, followed by a series of thuds and crashes as something heavy went tumbling down a steep hill. There was another cry as the sounds stopped. "Goddamit, Standiford. Help!" I found a flashlight under the seat of the Beamer and made my way down the hillside to the big mesquite bush that had interrupted Crumley's tumble down the escarpment. If he hadn't gotten snagged there, he might still be rolling. As it was, he was lodged in one of the branches, pants around his ankles, almost as if he'd intended to sit down there on purpose. He couldn't pull himself out of the tangle because every branch was full of two-inch long thorns. But with me holding to some bush that didn't have thorns and the other hand on Crumley's, we managed to get him out, and back up the hill. Did I mention there was cursing?
After that, there was the matter of finding a pair of needle nose pliers in the trunk, and then a half an hour or so of pulling mesquite thorns out of Crumley's butt, lit up like a moon in the glow of the flashlight, him leaning over the hood of the Beemer and repeating, "Stop laughing, goddammit." Some people might assume that after we got done with the thorns, we would have climbed in the Beamer and gone back home.
But anyone who thinks so obviously does not know Crumley. There was a meteor shower, goddammit, and there was still plenty of beer. Some things are not meant to be missed. There are stories in which he comes off far more as Crumley the Invincible of course, but he knows I'd always tell this one first. I loved him like a brother. Peace.
Posted by Les Standiford at 10:29 AM No comments: